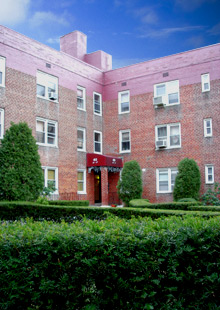 Marina’s Edge is located in New Rochelle, NY which is a city in Westchester County, New York, United States, in the southeastern portion of the state.

The town was settled by refugee Huguenots (French Protestants) in 1688 who were fleeing persecution (such as dragonnade) in France. Many of the settlers were artisans and craftsmen from the city of La Rochelle, France, thus influencing the choice of the name of “New Rochelle.”

In 2007, the city had a population of 73,260, making it the seventh largest in the state of New York. As of the 2010 Census, the city’s population had increased to 77,062. In 2008, New Rochelle was recognized by the American Podiatric Medical Association (APMA) as one of the 100 Best Walking Cities in America, and the second best in New York State next only to nearby New York City. In November 2008 Business Week magazine listed New Rochelle as the best city in New York State, and one of the best places nationally, to raise children.